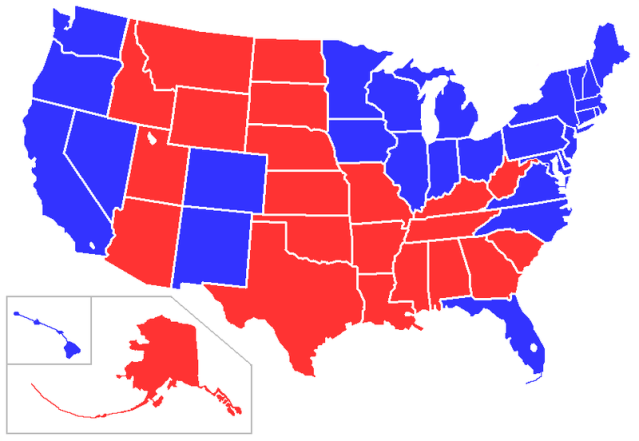 Have you noticed that newspapers, magazines, and cable news networks have a political bias?  For many it is obvious that Fox News is conservative, and anyone who has watched MSNBC should understand that their bias is liberal.  The New York Times and The Boston Globe are liberal.  The Weekly Standard magazine and much of talk radio is conservative.  Jon Stewart and Stephen Colbert are liberal.  The Huffington Post and Bill Maher are extremely liberal.  Breitbart.com and Glenn Beck are extremely conservative.  Hollywood is slanted far to the left.  The media in this country, largely liberal with some conservative outlets, makes a living of “telling us how it is.”  Believe it or not, I’m not going to write about how dangerous this political bias is, though it certainly is a critical issue.  What I am going to look at today is an issue that goes a step beyond the political bias and includes both liberal and conservative media.  It is something that any good narrator understands when telling a story.   The media feeds on it, nurtures it, sells it, and shapes  it.  I am talking about conflict.  Conflict is a problem.

Do you recall the issue with Rush Limbaugh calling Sandra Fluke a slut?  Well, before that issue was another issue, which was actually far more important.  I am referring to the federal mandate imposed by the Obama administration that would require all health plans to offer FDA approved contraceptives.  The conflict that arose from this came when the Catholic Church challenged that the mandate would compromise their doctrine that opposed contraception.  Catholic institutions, such as universities and hospitals, would be required under the mandate to provide contraception in their health insurance plans.  This was a legitimate conflict between religious freedom and the rule of government.  I do not discredit the media for focusing on this.  But, when a more emotional conflict arose, the Limbaugh/Fluke incident, the media bent over backwards to fan the flames.

Suddenly the issue shifted to the Republican “War on Women” and Limbaugh was chewed out and demonized.  The media now had a victim and an attacker to hone in on, and the red herring was effectively placed.  Fox News hosts suggested that perhaps Fluke was strategically placed to draw out criticism from conservatives, which would make conservatives look bad.  Liberal outlets glorified Fluke and demonized Limbaugh, and used the issue to talk about how bad conservatism is for women’s health.  The bottom line is, a more emotional and inflammatory conflict arose, and the media shifted the narrative accordingly.

How many people know that eventually the mandate was changed to include exemptions for religious institutions?

More recently we saw the media use the tragic shooting of Trayvon Martin by George Zimmerman to revitalize the emotional issue of racism.  NBC’s Today Show aired the 911 tape between Zimmerman and a dispatcher.  What they did was selectively edit it to make it appear that Zimmerman had voluntarily mentioned Trayvon’s race.  This implied that Zimmerman was driven by a fear or hatred of blacks.  Al Sharpton, ever the one to capitalize on racial conflict, rushed to judgment and declared Zimmerman a racist.  When he was questioned about rushing to judgment and fanning the flames of racial conflict he had this response:

Trayvon Martin committed no crime,” he said. “He had no weapon and he had every legal right to be where he was. The rush to judgment was those that moved against him, said he was suspicious, and took his life. So to lecture us about rushing to judgment, we’re a victim of a rush to judgment in this case. Let’s be real clear on that.

Sharpton’s rush to judgement mirrored that of the national media, which sought to make this conflict more interesting by assuming that Zimmerman was a racist.  So, what the people of America got was more conflict and hate.  In this case, like in many cases, the conflict was exaggerated and unethically presented for the sake of capturing viewers.

I would encourage you to step back and investigate the narrative that is told to you by the media.  Consider what this storm of conflict does for an already divided America.  Conflict is interesting, and we tune in when stories strike an emotional chord.  We are influenced by what we see and hear.

Will you buy the narrative?